Skip to content
Rate this post
Prices of HMD Global’s Nokia 5.1 Plus and Nokia 6.1 Plus smartphones have been cut. Both of these smartphones can be purchased at the e-commerce website Flipkart with a discount. After the discount Nokia 5.1 Plus has been priced at Rs 9,999, which was earlier Rs 13,199. At the same time, the price of the Nokia 6.1 Plus coming in Rs 17,600 has now been reduced to Rs 14,999. Nokia 6.1 Plus is available in three color options Black, Blue and White. While Nokia 5.1 plus two color options can be purchased in Blue and Black. 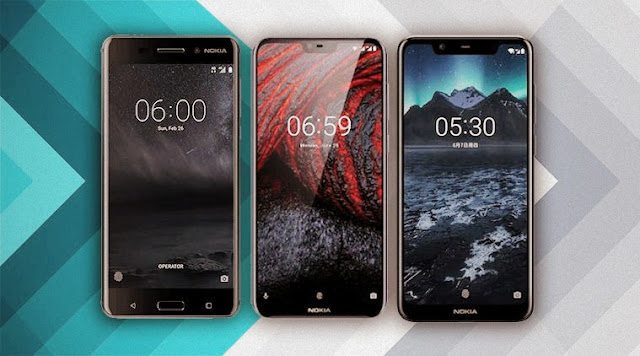 Features and Specifications of Nokia 5.1 Plus

Contents hide
1 Features and Specifications of Nokia 5.1 Plus
2 Features and Specifications of Nokia 6.1 Plus
3 GB RAM + 32 GB internal storage Comes with the this phone has been given the Octa-Core Media Tech Helio P60 processor. The memory of the phone can be increased to 400 GB with the help of micro SD card, if needed. Nokia 5.1 Plus has a 5.86-inch touchscreen display with 720×1520 pixel resolution. For fatgraphs, a 13-megapixel + 5 megapixel dual camera setup has been setup in the rear of the phone. For Selfie, you will get 8 megapixel front shooter in it. Simultaneously, it has a 3060 mAh battery to power the phone.
Also read
Samsung shows in the official video foldable smartphone, soon launch

Features and Specifications of Nokia 6.1 Plus

The phone that runs on the Android 8.1 Aero Out of the Box OS, has an octa-core chipset with 4 GB of RAM. The memory of this phone coming with 64 GB of internal storage can be increased through micro SD card up to 400 GB. To give power to the phone, it has 3060 mAh battery. If you talk about the camera, the 16 megapixel primary and 5 megapixel secondary sensor is present in the rear of the phone .
Also read
ऑनर View20 स्मार्टफोन अब MyJio स्टोर्स और रिलायंस डिजिटल पर भी मिलेगा
Sharing Is Caring: